We come to you! We’re a 100% mobile service for Southern California

We replace and repair windshields for all Toyota models.

Why Alfa Auto Glass Should Replace Your Toyota Windshield?

Toyota is well known for its characteristics and performance. However, when a stone, or an object ruins your glass, let our specialists put your mind at ease while we fix the problem quickly. Our experts are educated and trained on how to fix the damaged glass in all Toyota models. We’ve been repairing and replacing Toyota windshields since 1988. 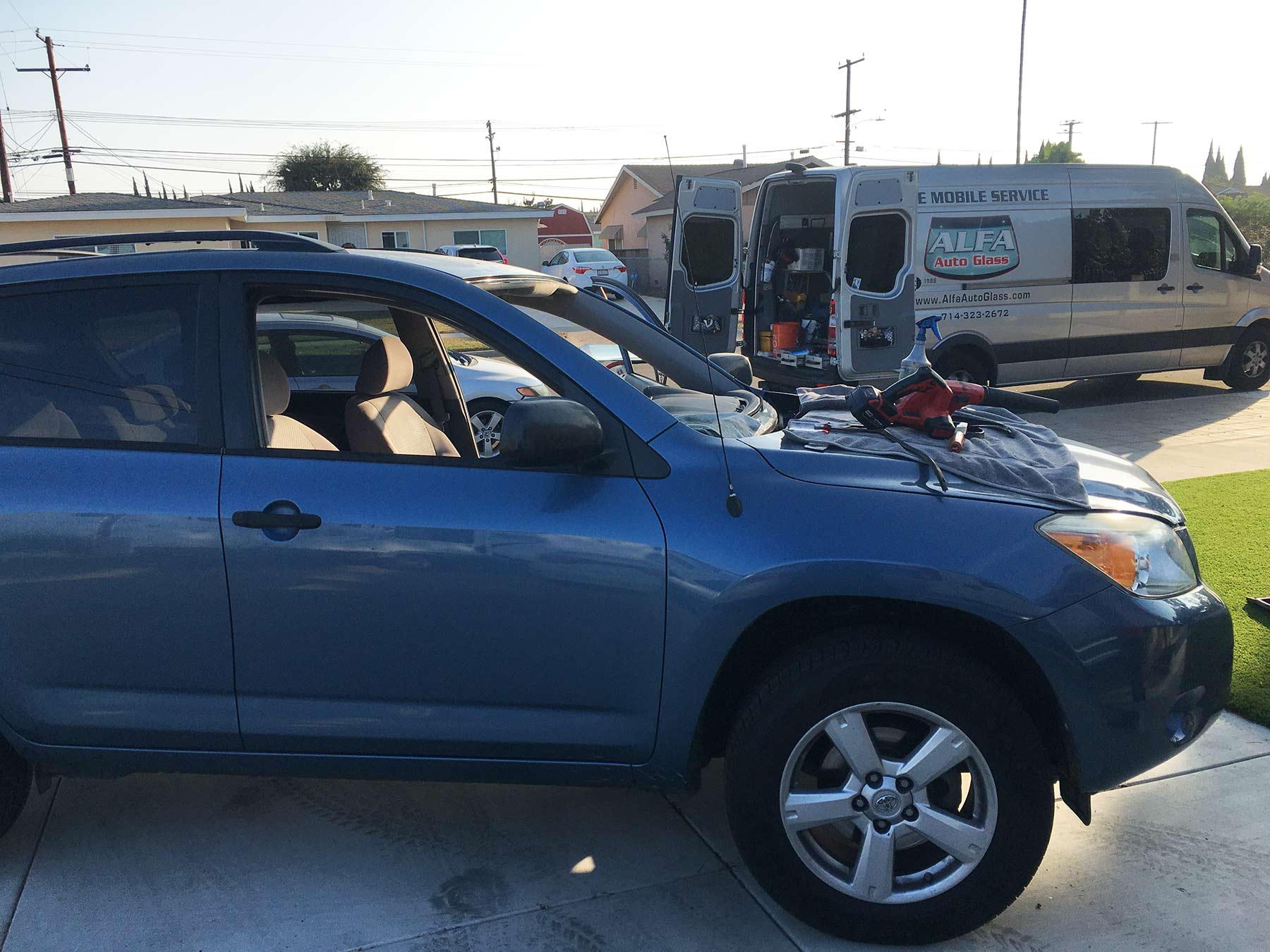 Based on the car model, Toyota uses different windshield suppliers. AP Tech (the subsidiary of AGC Glass) makes the windshields for the Toyota brand today. The windshields are also Nippon Safety brands that are a Pilkington company subsidiary. Since Toyota is a Japanese product, Japanese manufacturers are used. AGC Glass has been around longer than Toyota and is one of the leading Mitsubishi firms. The company was first founded in 1907 as Japan’s first manufacturer of sheet glass. AP Tech and AGC are now known to be among the industry’s leading auto glass products. Nippon is also another long-standing organization, founded in Osaka, Japan, in 1918. The two biggest glass companies in the world are presently Pilkington and AGC Glass.

What’s The Typical Price To Replace A Toyota Windshield?

Depending on the year, make, model, and additional features, you can expect to pay for your repair or replacement anywhere from $150 to $300. That pricing is for a basic replacement.

One thing that’s often overlooked is ADAS calibration that needs to be installed with the auto glass replacement, which would warrant an additional service at an additional cost. 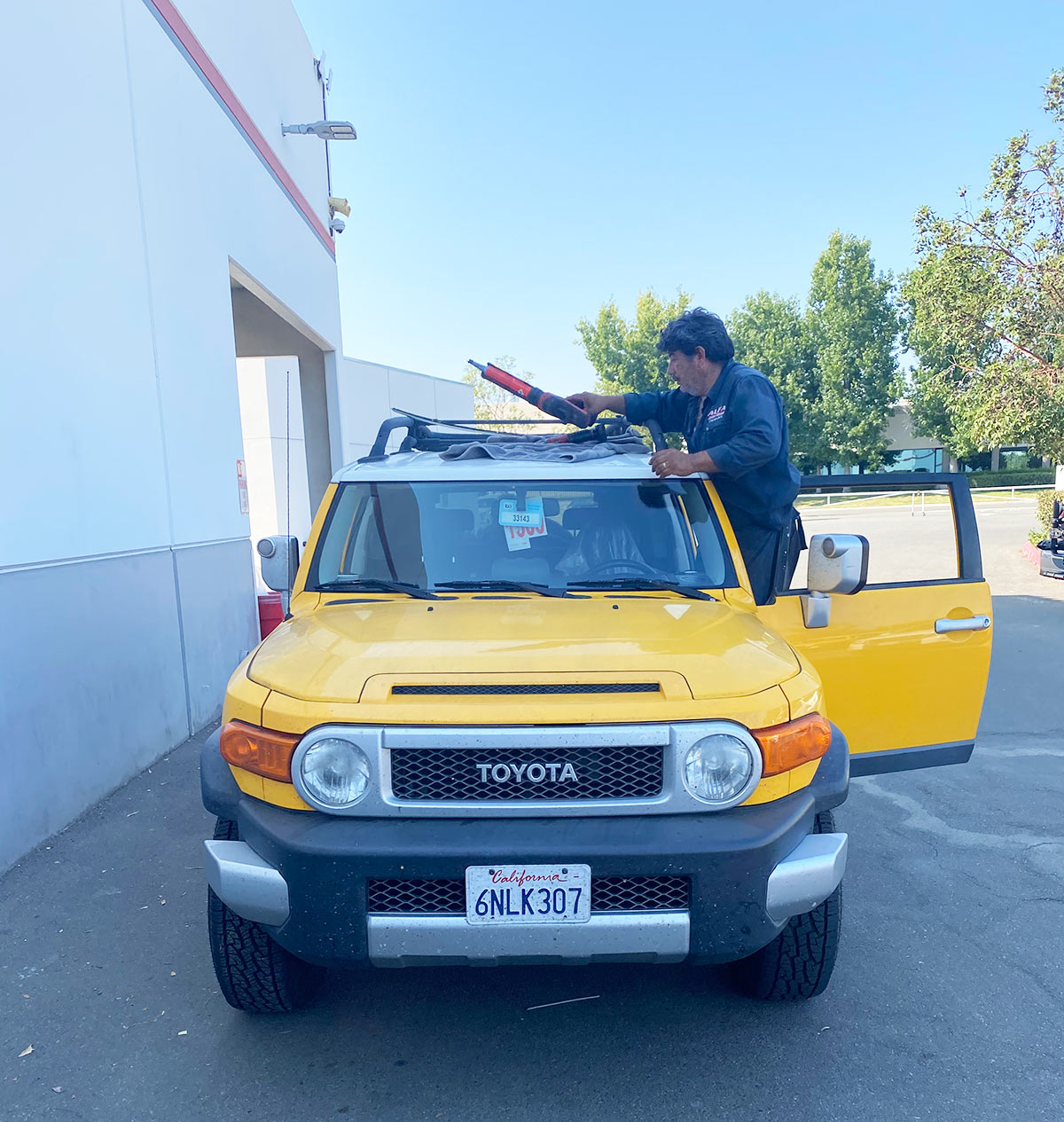 2010 FJ Cruiser with a brand new windshield – another satisfied customer!

How Long Does It Take To Replace A Toyota Windshield?

Most Toyota car windshields can be replaced in one hour.

Other glass installs can take longer. For example, the Tundra comes with a rear glass that rolls down like a window you find in a door. The rear seat and interior trim must be removed. Our professionals need a few hours to install it.

What Should You Know About Toyota Windshield Replacement Options

Make sure you let us know about any of these options you have on your windshield. Some of the options may include the following:

The ADAS, Advanced Driver Assistance Systems, include features such as automatic braking and lane-departure warnings. The ADAS needs to be calibrated.

Toyota recently announced that as of 2018, their branded ADAS, Toyota Safety Sensor, will become standard in most of their models.

Once you get your windshield replaced, we can check to make sure your ADAS is correctly calibrated. If it’s not, there’s a risk of those systems not working correctly. 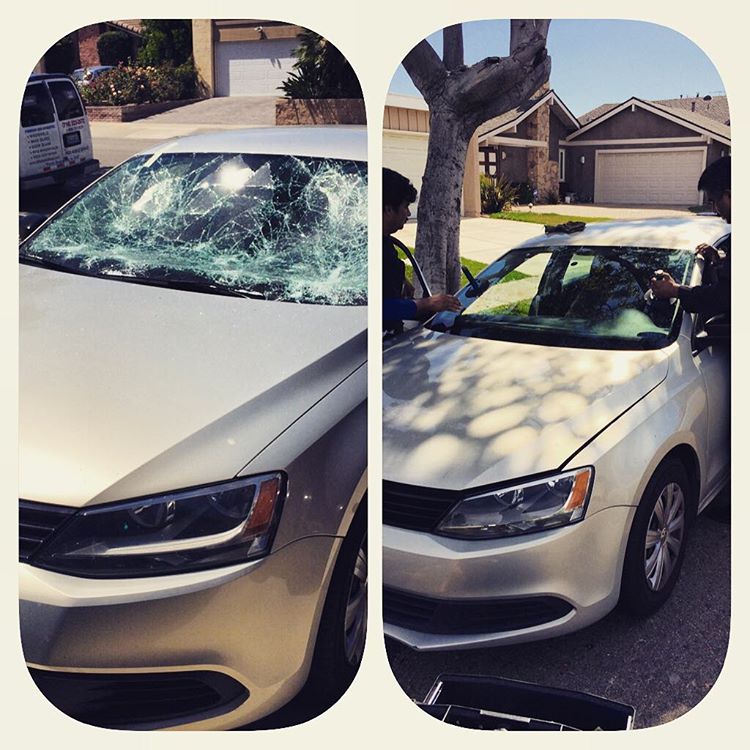 Toyota Camry Windshield Replacement – Before and After

Alfa Auto Glass has been in business in Southern California for nearly 30 years. When we launched our business, Japanese automobiles were by far the most popular car brands in California. With that said, we’ve replaced windshields on Toyotas more than any other car brand on the market. Camrys, Corollas, Siennas – we know every nook and cranny of these models to the point where our most experience technician, Guilmar, can almost do the job with his eyes closed!

Get a fast quote… 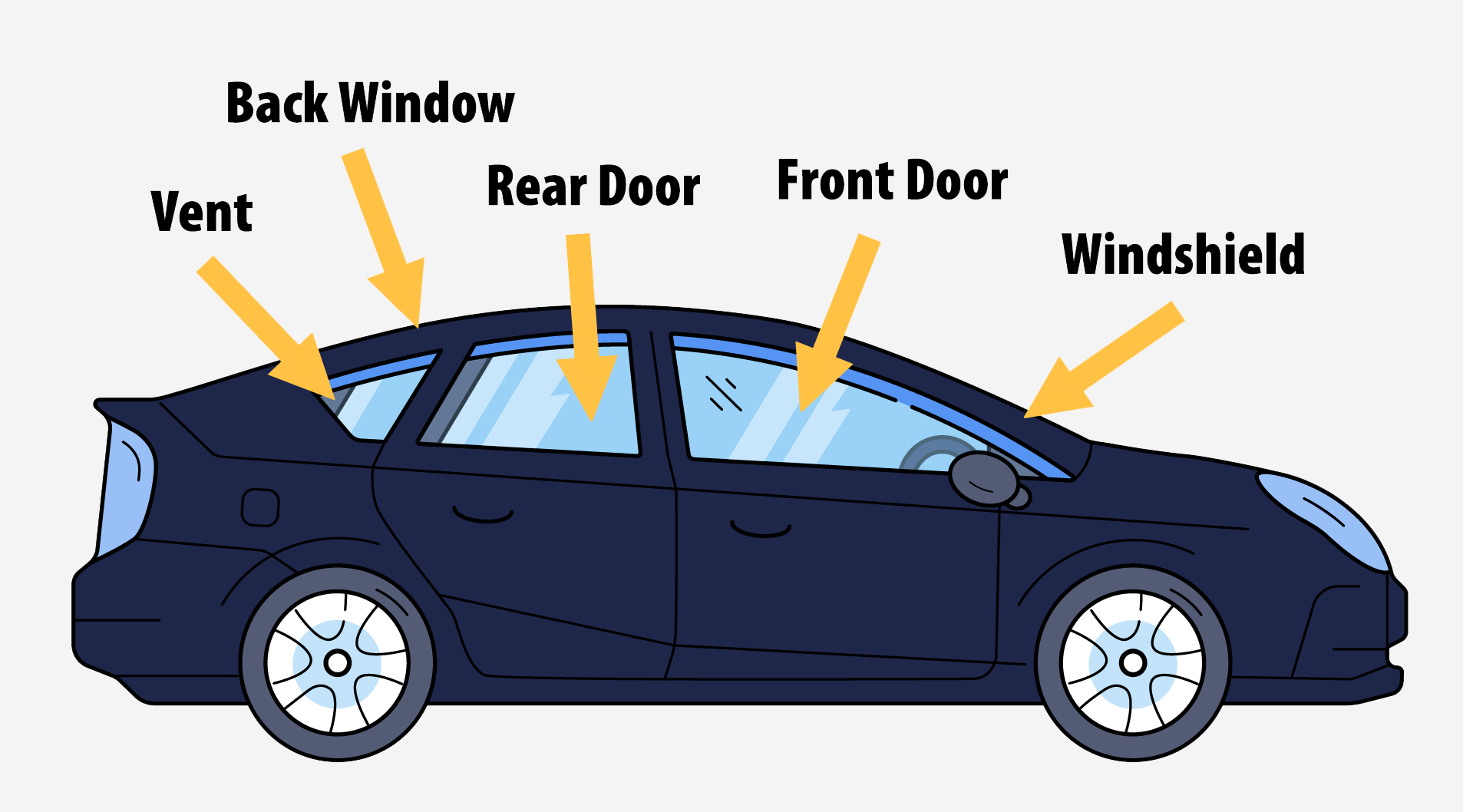